Tatjana Matić was born on July 2, 1972 in Belgrade, where she finished elementary and high school. She graduated from the Faculty of Philology, University of Belgrade, as the professor of Serbian Language and Literature.

Since May 2014, appointed as State Secretary of the Ministry of Trade, Tourism and Telecommunications. Since July the same year, appointed as Head of the Working group for the final realization of the project “The transition from analogue to digital broadcasting of terrestrial TV signal”. Since March 2015 registered as a member of a Commission of the Republic of Serbia for the cooperation with United Nations Educational, Scientific and Cultural Organization – UNESCO in the field of information technology and the information society. Since June 2015 appointed as the Head of the Working group for defining the national broadband network. Engaged in the Coordination Body for the EU Accession Process, Chapters 3 and 10, since September 2015, as president of the negotiating groups – Right of Establishment & Freedom to Provide Services and Information Society and Media. Since January 2016 a member of European Digital Single Market Strategic Group, and since March the coordinator of the Economic Reform Program – ERP 2016-2018.

Head of advisory body for monitoring the implementation of project activities ,,Connected & safe – safe virtual environment for children ” and the Project ,, IT Caravan ‘’.

President, Joint Authority for the implementation of activities including linking cultural institutions to AMRES infrastructure (formed by the Ministry of Trade, Tourism and Telecommunications and the Ministry of Culture and Information).

President, Joint Authority for the coordination activities in the field of information and communication infrastructure and services in Education and Science (formed by the Ministry of Trade, Tourism and Telecommunications and the Ministry of Education, Science and Technological Development).

Head of body for coordinating of activities in information security formed by the Serbian Government.

During 2012-2014, she served as State Secretary in the Ministry of Foreign and Internal Trade and Telecommunications. Assisting Minister in management of human, financial and other resources, coordination of internal units and coordination with other public institutions and international organizations. Was in charge of three chapters in Serbia EU integration process – Right of Establishment & Freedom to Provide Services, Competition Policy and Consumer & Health Protection. Performed duties of the President of the Security Product Council and was a member of the Managing Board of the Development Fund of the Republic of Serbia.

During 2007 – 2012 she was Secretary of the Ministry of Labour and Social Policy. In addition, also a member of the Joint Committee for preparation of the Strategic Coherence Framework and member of the Project Implementation Unit of the Action Plan for Implementation of State Administration Reform in the Republic of Serbia from 2009 to 2012. At the same time, oversawing SPO assistance programmes as IPA officer. Was named the Project Administrator for DILS project – Delivery of Improved Local Services.

From 2005 to 2007, Served as Director of the Coordination Body for municipalities Preševo, Bujanovac and Medveđa, in charge of the management and work coordination of the service.

From 2004 to 2005 she was Chief of Staff of the Coordination Centre of Serbia and Montenegro and the Republic of Serbia for Kosovo and Metohija.

From 2002 – 2004 she was Assistant chief of staff of the Deputy Prime Minister of the Republic of Serbia and Coordination Centre for Kosovo and Metohija.

From December, 2001 to September, 2002, she was Marketing Manager of Belgrade-based William Grants – MPS Group Company.

From February to November, 2001, she was Assistant manager of the Panasonic Serbia Company. 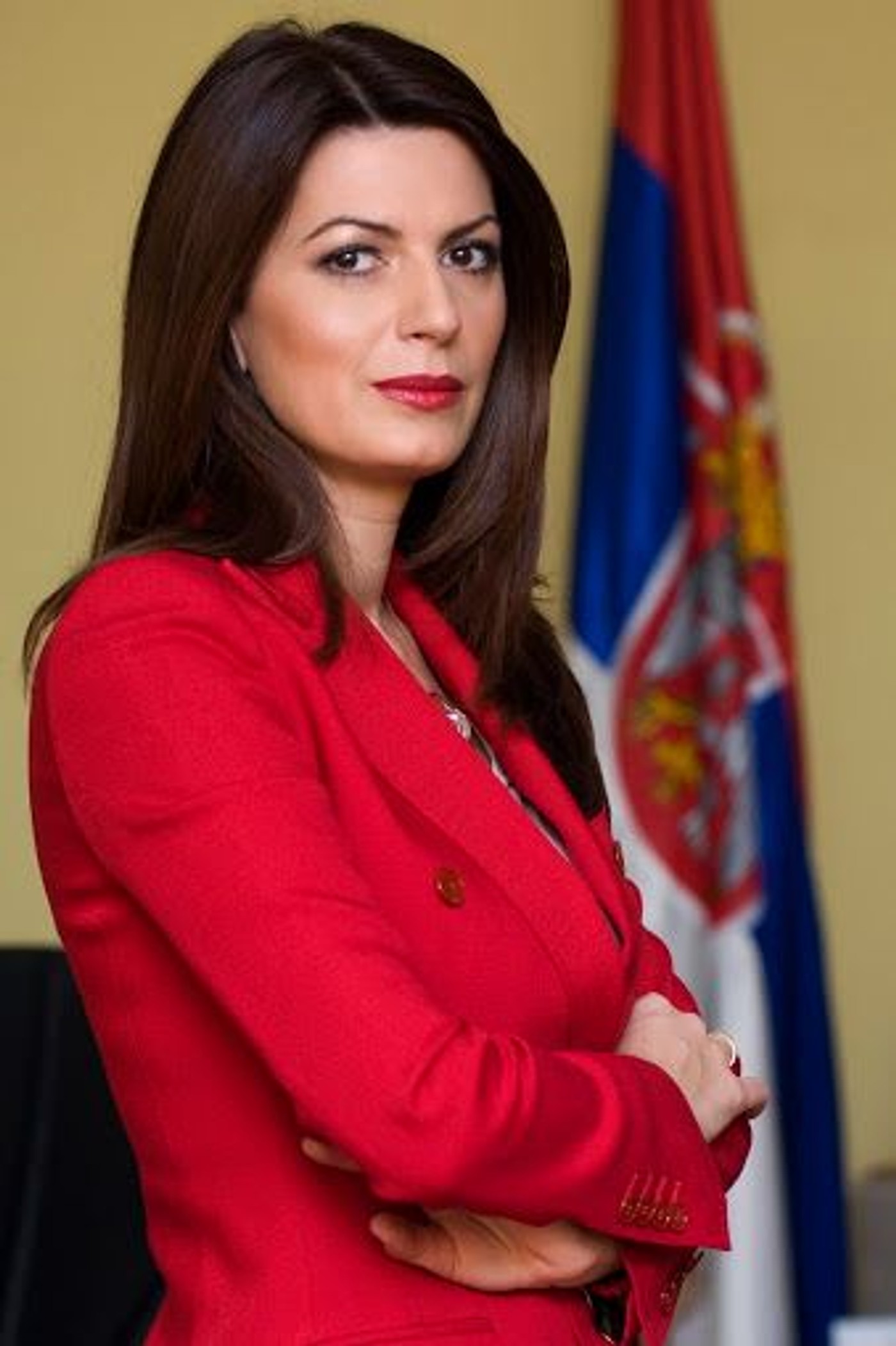